This weekend was full of projects. I’ve had a few things in mind I’ve been wanting to do for a while PLUS I got a few things at Goodwill recently that needed a little TLC. I finally decided to bite the bullet and just get to work.

These mirrors I found at Goodwill a month or so ago.

Both are in great condition and a good size (the small one was $2.99 and the big oval one was $4.99). I wasn’t in love with the color though so I bought some spray paint and got to work. The little one was going to be black and the big one white, which would go in Isabella’s room so she’d have a mirror at her level. Wasn’t quite sure where to put the little one but figured black was a pretty safe color that could go anywhere.

I started by taping over the mirror with newspaper so it would stay clean. 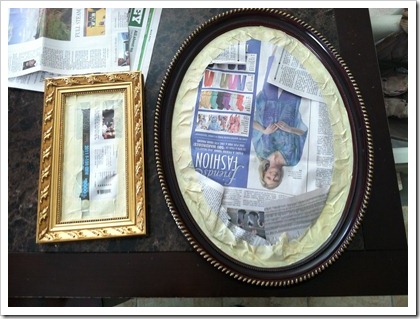 Then set them up outside, on some more newspaper, so that I’d be working in a well ventilated area and wouldn’t have to worry as much about overspray.

Here they are after the first coat. 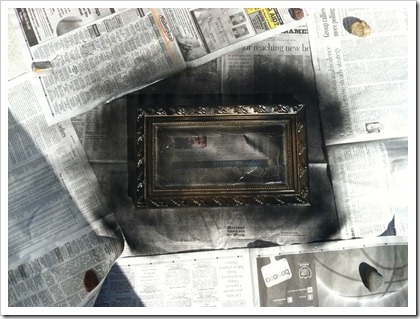 As you can see, it would take me several coats to fully cover them.

I didn’t count the number of coats but I think it was about 5 for each.

Here they are in their final state, hung up to enjoy!

The big white one went in Isabella’s room, next to the door so that she could see herself after getting dressed. 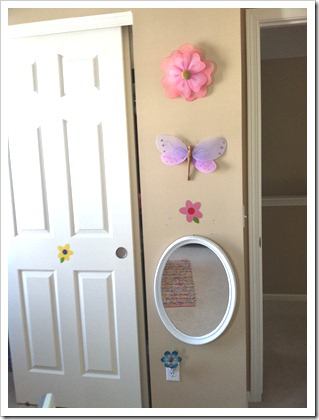 I ended up putting the little black one by the front door to use as people are coming/going and want to check their hair, make-up, hats, etc.

I’m really happy with how they turned out and both were super easy.

Another painting project from yesterday was this stool I got at Goodwill for $4.99.

It’s the perfect size for Isabella’s playroom (and we needed one to help her reach some books). The natural wood color was ok but didn’t really go with the theme of the recently redone playroom. So, I got out my trusty white spray can!

Here it is after one coat. 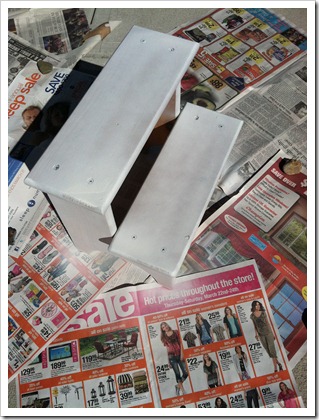 It took about 5 or 6 coats for this as well, due to all the little divots of the wood and wanting to get those filled in.

Here’s the final product, set up in it’s new home.

Isabella already loves it and will pick it up and carry it around to various rooms!

While I was spray happy, I took on some wooden letters. See, I want to put an “S” and “C” up on the wall above our bed and I’d like to put at “I” above Isabella’s! I happened to find a wooden “S” at Goodwill for $.99 (see a pattern here?) so all I had to do was buy a “C” and an “I”. Isabella helped me pick them out. She wanted a glittery pink “I” for her room. While I could have made one myself, I opted to just buy one that was already done.

Here it is hanging on her wall.

Not the greatest pic but you get the idea.

The “S” and “C” had to be painted though because they were plain white.

I painted them black so that they’d stand out from our bedroom wall (which is a light tan) and provide some good contrast. Of all the painting projects that took place yesterday, they were the easiest. 2 coats later and they were done!

You’ll have to wait for the final reveal on those as I want to show them as part of the finished bedroom wall. More to come on that this week!

I also fixed up our living room lamp yesterday. The lamp itself was another Goodwill purchase made over the summer and it cost $14. The shade however was on it’s last legs. It worked for a while, until Isabella knocked in to it a couple weeks ago and broke it beyond repair. So, I bought a new lampshade (no, not from Goodwill…from Target…geesh).

It was a nice lampshade. Contemporary, with the cylinder shape and made of burlap, but a tad boring. So, I bought a clearance roll of ribbon from Michael’s and got to work. I basically took some spray adhesive and sprayed the top of the shade, as well as the back of the ribbon, and then just laid the ribbon around the top. It took me all of 5 minutes to complete. 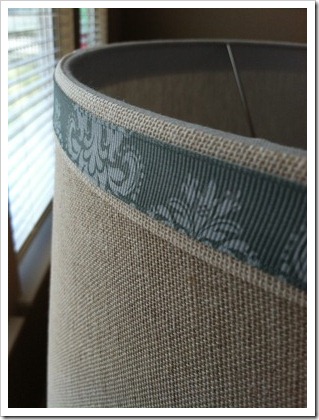 I really like it. The change is subtle but enough to give it personality. I plan to add another ribbon along the bottom but I ran out and have to go buy more.

Finally, I tackled the kitchen pantry.

Here is the “before” shot. 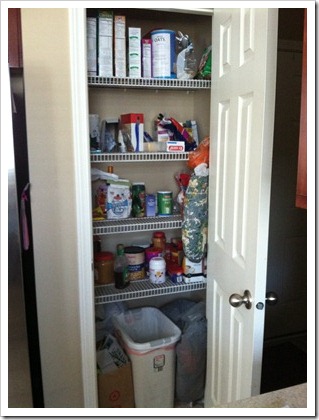 Things were randomly jumbled in there and it was getting harder to find things.

I started by taking everything out and categorizing it – cereal, baking supplies, cooking, snacks, etc. Then I looked at each group and further sub-categorized (for example, in “snacks”, we had crackers, bars, bagged stuff and candy). Each category then got contained in a bin of some sort, labeled and put back on the shelf.

Look at how much more room we have! And it’s nice because some of the staples that I use for cooking or baking are corralled all together so I can just pull out the whole bin and have everything handy! Oh, and of course I got the bins at either Goodwill (for $.39 each) or the Dollar Store.

Here are a few more pics of items that I’ve ‘scored’ recently while thrift shopping!

This circle-patterned pillow ($3.99) on the living room couch. 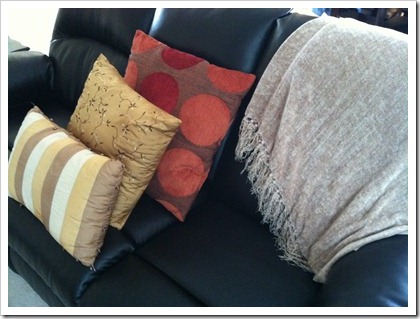 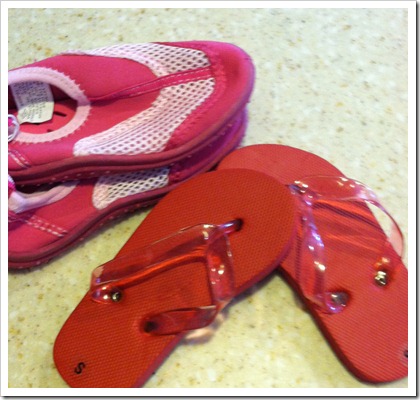 AND this toddler chair for Isabella to use at the table instead of her high chair (which I’ve been wanting to get rid of for a while)! 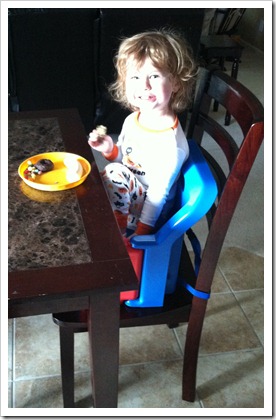 This was a huge score. We found it at a used children’s place for $5.50 (normally they can be in the $20-$30 range)! She absolutely loves it too! We also found a potty seat for when we start potty training. It was also way marked down to $5.50 (and it’s a nice one that converts from a self-contained potty, to a stool and seat that goes on the adult potty).

Well there you go – that was my Saturday! Seems like a lot for one day – and I guess it was – but most of it was quick. The painting takes a few seconds to put on one coat. It’s the drying that takes the most time. The pantry was the biggest project, which I knocked out during Isabella’s nap.

I LOVE it when ideas from my head come out in real life just as I pictured them to! And it feels even better knowing they were all thrift store finds (the most money I spent was on the spray paint at $6 a can. Considering I got 7 things painted using 3 cans, I think it was still a good deal)!

Now I’m off to play outside with my sweet daughter and handsome hubby!