I hope you all had a great Christmas (if you celebrate) with family and friends! We sure did! It was extra fun this year because Isabella was SOOOO in to it and is old enough to understand and vocalize everything.

Here’s a recap of our Christmas weekend in pictures! 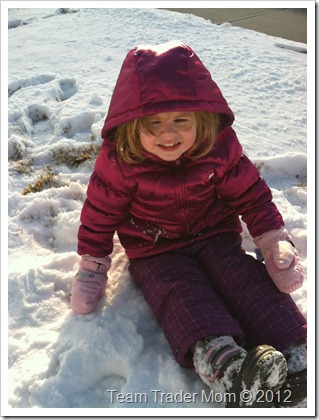 This was on Saturday. We had gotten about 9″ of snow Thursday but hadn’t yet made it outside to play. Isabella had fun for about 10 minutes and then was ready to go back inside.

Then it was time for getting cozy and reading with Daddy by the tree.

On Sunday, we gave Samson a bath.

Poor innocent, unsuspecting Samson…he had no idea what was coming.

He hadn’t had a bath since his surgery and it was time.

He was a good boy though and patiently stood there letting us poor water over him while he ate treat after treat. He’s now super soft and extra cuddly!

On Christmas Eve, I worked in the morning then we spent the afternoon doing family stuff.

And then we had cake!

Isabella was disappointed that the cake didn’t have Mary Poppins on it but she got over it once I told her she could eat a whole “tree” by herself.

Samson got his own tree too.

Then we took our annual Santa Hat photos! It’s a Christmas Eve tradition for us.

In previous years it was hard just to get one good one because Isabella wasn’t all that keen to pose for the camera. But this year she did great and we were able to do some goofy ones too! 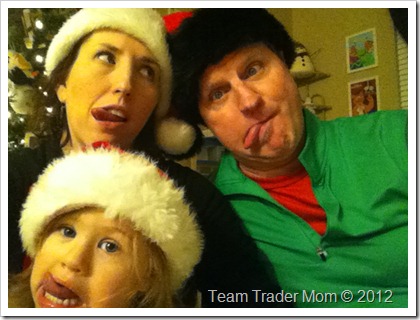 We were all saying something here and now I forget what it was…Dude maybe? 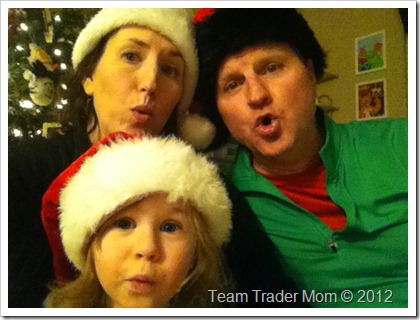 Then we each got to open one present (our ornaments) before it was time to get ready for bed!

But first we made up a plate for Santa and his reindeer. 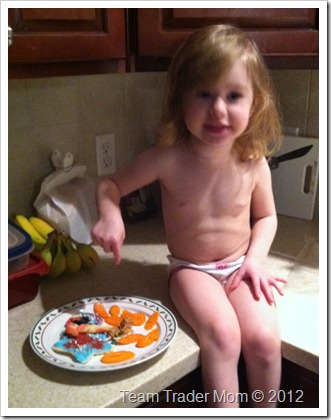 (Don’t ask me why but at some point in the evening she stripped out of her clothes and insisted on running around naked. We made her at least keep underwear on. Silly girl…)

The plate contains cookies for Santa (sugar ones that Isabella decorated herself), milk and some carrots for the reindeer (with peanut butter because Isabella likes to dip her carrots in PB…ok I do too. Don’t knock it ’til you try it!).

Christmas morning came and we were up and at ’em by 7:00 am. We had a quick breakfast of donuts (it’s a family tradition!) and then opened presents.

Experience has taught us that he is a pain when it comes to opening gifts. He likes to get in everybody’s business and help them tear off paper and such. It was cute when he was a puppy and before we had children. But Isabella wants to do it herself and Samson just gets in the way. So we give him a big bone first thing and then he goes off and works on that while we open presents in peace! 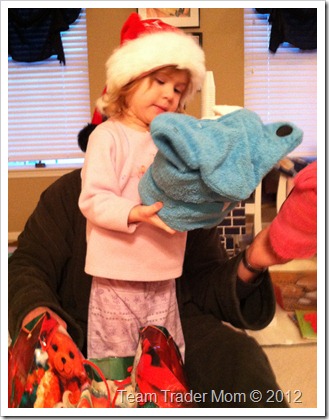 Then we moved on to the stockings!

Then we all got dressed and ready to go to Grandma and Grandpa’s! 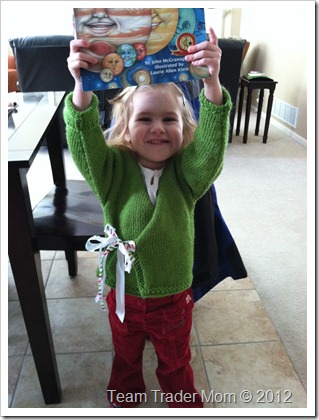 She’s holding her new planets book that she was very excited about. The only way I could get an outfit shot was with the book!

Once everyone arrived (including us, my Father-in-law, and my sis, her hubs and 3 kids), we sat down for the big meal of the day. After that it was time for more presents!

Isabella’s favorites were her pillow from Grandpa: 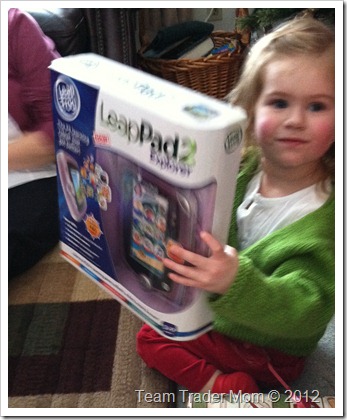 The baby even scored a few gifts from Grandma, including some awesome additions to the nursery!

Now we’re enjoying a quiet week as we head in to the New Year. 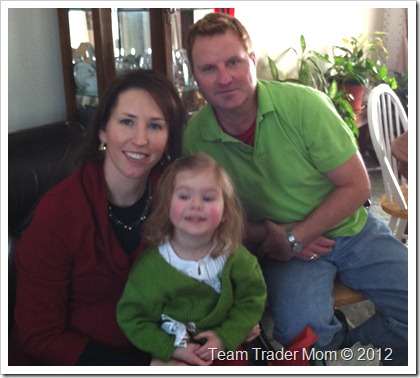 If you liked this, check out some other posts you might enjoy!

One thought on “Our Christmas Story”