It’s been an interesting week. Course, most weeks are around here. Here are a few highlights.

City Slicker and the cows

My sister lives on an acreage in Iowa. It’s about a 45 minute drive – an easy one that I’ve driven a hundred times.

But Saturday, we had a new experience.

We were about 15 minutes from my sister’s house, I was driving, the girls were in the back coloring and CJ was napping. I came around a corner on a winding country road to see a man with his truck parked on the shoulder and he was flagging me down. I had a few seconds to assess the situation and here was my thought process:

Oh there’s a dude in the middle of the road wearing camo pants and a jacket….with a scruffy beard….he looks suspicious…why is he waving his arms at me….is this a serial killer?…if I pull over will he maim us?

So I did the only logical thing. I yelled at CJ to wake-up while elbowing him.

So I stopped and rolled down the window. The man came up to the car.

“Hi there ma’am. Sorry for the inconvenience but were moving cattle. We’ll be done soon.”

I looked ahead and sure enough there were 3 people on horses guiding about 35 head of black cows down the road. Ok maybe that made more sense than a serial killer redneck.

“Sorry to hold you up.” The man apologized again. “But better that than running in to a cow. That would be a bad day for everyone.”

Indeed it would be. 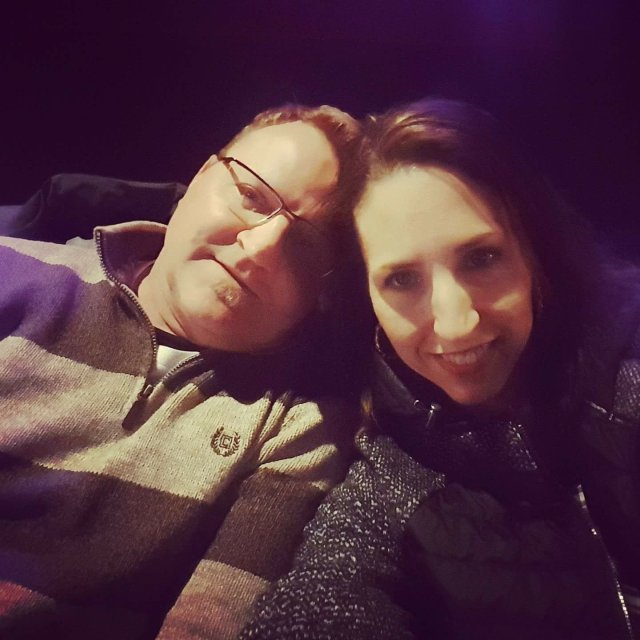 We get our popcorn but the theatre wasn’t ready yet so we sat in the bar area and waited. There were 3 other groups of people there: a high school aged couple, 2 college girls, and 4 other teens. The girl with her boyfriend yelled over to me and CJ asking how much our popcorn cost. I yelled back, “$14!”

Just then one of the boy’s in the foursome starts laughing and mumbles something about her under his breath. The girl yells, “Are you laughing at me?”

She stands and says, “How dare you laugh at a black woman who is about to see Black Panther!”

Then the boy says something in Spanish. She freaks out and threatens to throw her drink at him while the other 2 girls start cussing him out.

It was at this point that I felt very uncomfortable. Should I step in? What if it escalated? I really didn’t want to get involved.

Our theatre was finally ready and everyone went in. Fortunately nothing more happened.

But the loud mouthed girl who started the whole thing? Yeah, she sat right next to CJ.

On Tuesday I took my car in for an oil change over lunch. No big deal.

A few hours later when I left work and walked to my car, I noticed something inside the back window. I took a closer look and saw that it was a vinyl sticker that said, “I SUPPORT MY LOCAL POLICE”. 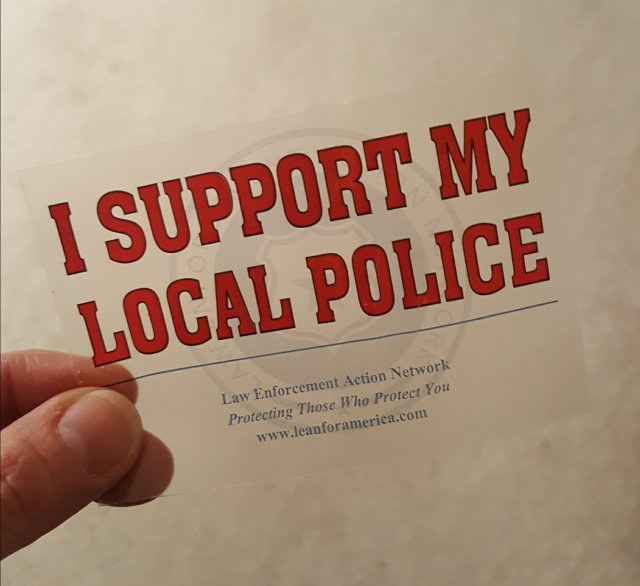 I peeled it off and tried to figure out who would put it there. It was not in a place the girls could reach and it hadn’t been there that morning. It could only have been one of the mechanics. Did they think I wouldn’t notice?

I was ticked and immediately called the dealership to inform them of the shenanigans from one of their staff. Of course they denied that anyone there would do that but I held firm that it had to be them. They did apologize and promised to investigate.

Over dinner I told CJ about it. He gave me an impish look and said, “Oh yeah…I put it there a month ago.”

Tonight CJ was reading to Cora. She was sitting on the floor and he was in the chair behind her. I noticed she hadn’t brushed her hair after bath time so I got her the detangler spray and the brush.

She squirts the detangler once, missing her hair by a long shot.

“Ow! My eye!” CJ yells and falls over to the right while covering his left eye. “She got me!”

Naturally I laugh. That’s how I show sympathy.

CJ jerks to the left and covers both eyes. “She got me again! In the other eye! I can’t believe it!”

At the point I have so much sympathy for him that I double over with laughter.

I quickly recover and get him some eye drops and a cloth, then I help Cora.

I’m not a monster.

Just a city slicker who accuses innocent people of vandalizing my car.