My dear  old husband had a birthday last week. He turned 50. Normally he wouldn’t be keen on me sharing his age with the world but the half century mark is one that he’s proud of.

I couldn’t let this birthday go by without doing something special. I’ve know since the summer that I wanted to plan a surprise party for him but it took me a while to figure out just how I would do it. It all came together though and the big night fell last Saturday, the 10th (his actual birthday is the 15th).

The “rouse” was that we were going out to dinner with my family, which we do on a regular basis anyway so it would be nothing suspicious. The guests would arrive around 5:30 and we would get there at 6 for the surprise! Believe it or not, we were able to keep it a surprise too. There were a couple close calls in the weeks leading up to the big day but all were covered up so that he didn’t suspect a thing.

The day of the party was the most stressful for me and CJ did not help matters. I had created a video slideshow of old and embarrassing pictures that would run during the party. It took me until the night before to get it finished so I needed a way to get it to the restaurant on Saturday. We had plans to meet up with some friends Saturday morning for brunch so I suggested that CJ just go alone while I stay home with Isabella (and therefore use that time to drop off the DVD). He said no and insisted we all go. I tried again to convince him he should just go and enjoy some time away. He kept insisting so I finally relented.

I texted my brother-in-law and he said he would come to the house, pick up the DVD and drop it off for me. I told him I’d leave it between the glass front door and the storm door.

About an hour later, while we were at brunch, he texted and said the front door was locked. I had forgotten to unlatch it for him. Damn.

Plan B. When we got home and after I put Isabella down for a nap, I casually mentioned having to run to Target for milk and bread. He said he’d do it because he needed to pick up a prescription anyway. NO! I’LL GO! I insisted and he relented. *sigh*

Finally it was time to head to the party. We got there and he saw my family at a table (which was the plan) and headed toward them, into the room reserved for us. Suddenly he saw 40 or so people waiting for him and he was indeed surprised! 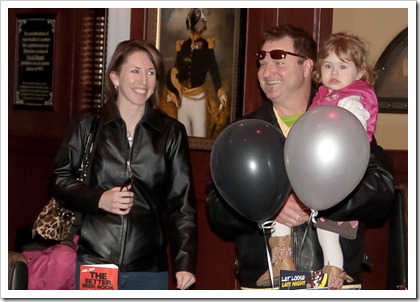 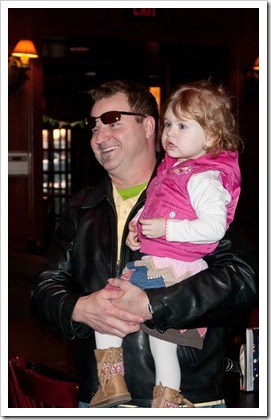 I was so happy to see so many people able to come out and help us celebrate. I know he was tickled too! 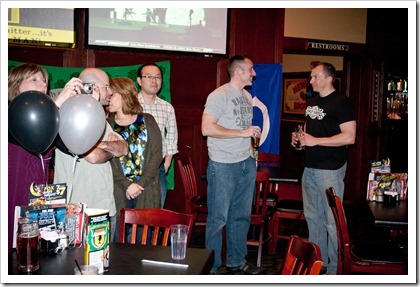 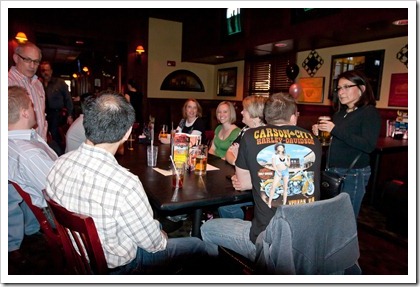 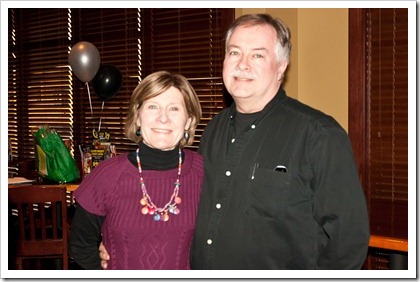 His sister and brother-in-law even made it all the way from Michigan! A delightful second surprise!

After some socializing and laughs over the slideshow, it was time to sing and have cake! 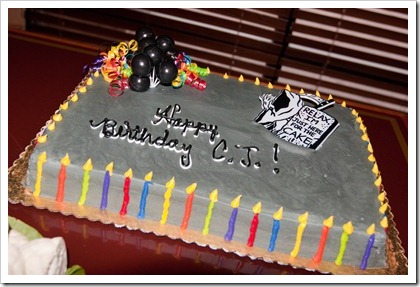 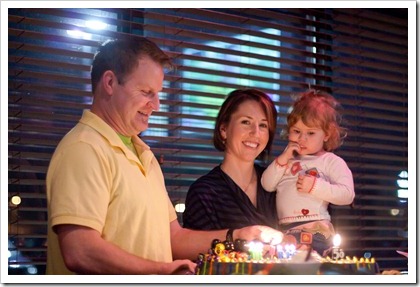 I hope someone was ready with the fire extinguisher…

Isabella had fun running around with some other kids but then started getting tired and cranky. 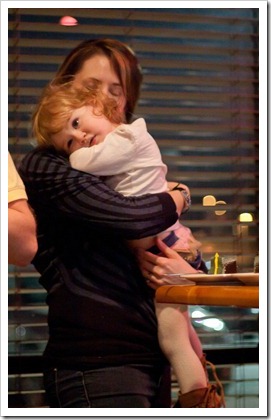 So my parents took her home so that we could stay and party! The last guest left around 10:30 p.m. and then we headed over to Two Fine Irishmen for some live music and dancing. 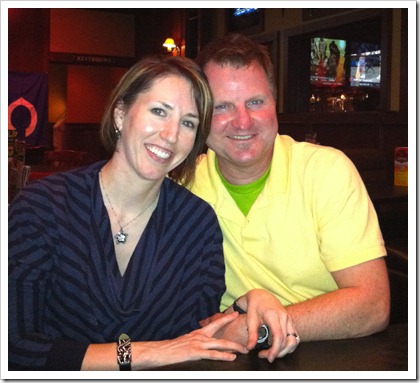 All in all it was a super fun night that I know CJ will remember.

I’m just glad it’s all over. All the sneaking around and withholding of information was starting to get to me!

We spent the next day with CJ’s sister and BIL, showing them around town.

We went to the Bob Kerrey Pedestrian Bridge and walked all the way across and back (even though it was a cool rainy day). 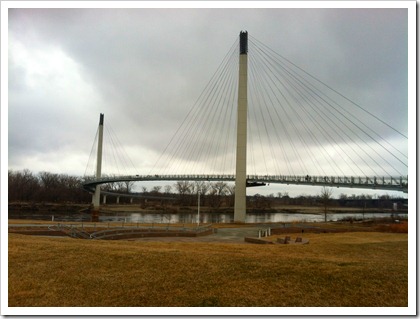 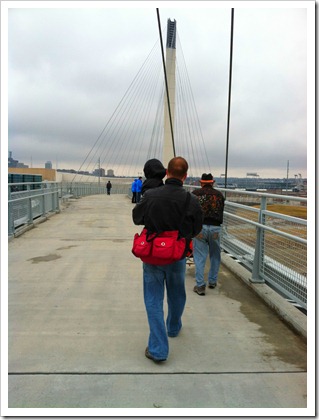 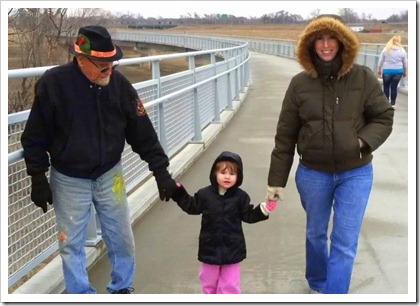 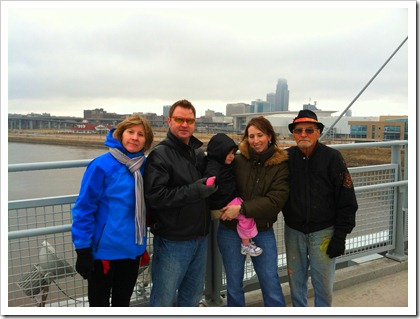 Then we went to The Upstream Brewery to dry off and warm up with a few beers.

And monster poopy diapers. Isabella had 2 big ones during our visit and wouldn’t you know, we only had 1 diaper. CJ had to run down the street to the gas station and get another package. I was the good wife and changed both diapers, being judicious with the wipes as we were low on those too.

It all worked out and we had a really nice day.

Here is the video slideshow from the party. Enjoy and thanks to all who came out to help us celebrate!

**Most of the party shots courtesy of H&J Creative Studios!