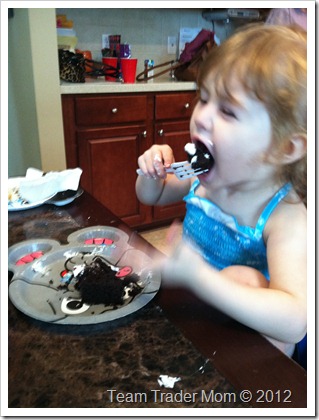 and traveling to Jersey City for work (hello bad timing). I had every intention of posting the 12 week update from my hotel but I ran in to one snag after another and just gave up. So I’m combining weeks 12 and 13 which really aren’t all that different anyway.

I can already tell things are calming down and getting easier as I head in to the 2nd trimester. The acid reflux has pretty much gone away. So long as I eat regular small meals, I don’t have to take medication. But I do have to be pretty fastidious about my eating. A few minutes too long without food and the heartburn is right back. I also have to make sure I eat the right things – nothing too spicy, acidic, or highly caffeinated.

Pregnancy Exercise: Since I’m still early on in this whole process, I haven’t changed my workout routine too much. I’m still lifting weights everyday and doing 20-30 minutes of cardio. I’m also still playing volleyball (no worries – I’m not diving). With Isabella, I played competitively through my 5th month so I am confident I’ll be able to do the same this time too.

I have had way more energy this week too. Yesterday I actually worked out in the morning AND went for a 30 minute walk over lunch. And I didn’t even fall asleep at my desk later (though I kind of wanted to)!

The pie craving has been lurking for a few weeks and I’ve been ignoring it. Finally last weekend I couldn’t put it off any longer. We were out to eat with my family and the restaurant had this amazing looking banana cream pie. You think you know what happens next but you’re wrong! I resisted that pie! Later, at home, CJ mentioned running to the store for bananas and milk. I, not so subtly suggested that he grab a pie while he was there. 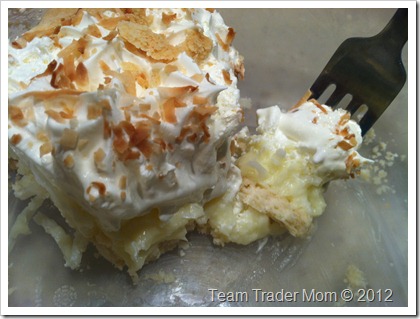 And being the good husband that he is, he brought home a Sara Lee Coconut Cream pie, which I may or may not have had for breakfast 2 mornings in a row.

Samson is my only witness…

Differences between pregnancy 1 and 2:Moving from the first trimester to the second in my first pregnancy was seamless. I had such an easy experience that there was no real demarcation. With this one the difference has been huge. Seemed like as soon as this week hit, everything became more comfortable. The morning sickness is gone. The heartburn is under control. The fatigue, while still there thanks to having an energetic 3 year old, has lessened. I didn’t get it before when everyone said how much easier the 2nd trimester is. But I do now.

Baby items purchased: I broke down this week and bought some maternity jeans from Goodwill. The jeans I had worn during my pregnancy with Isabella were a size Large and so are way too big for me yet. But it’s getting harder to wear my regular jeans with the BeBand. So I bought 2 pairs for $3.50 each. The difference is huge. I’m much more comfortable. Now I remember why I loved wearing maternity jeans before.

Random Preggo Related events: I really need to start drinking more water. A couple of mornings lately I’ve woken up with a pounding headache, which I attribute to not having enough liquids the day before. I had this problem in my first pregnancy too. I remember my OB holding up a giant water bottle and telling me to drink 3 of those every day. So I’m making an effort to really push the fluids.

This also means that I’m in the bathroom approximately every 12 minutes.

Also, I had the first random person ask me today if I was pregnant. I could tell she was hesitant. Guess I’m big enough where people can start to tell (especially those who know me and can see a difference in appearance).

Isabella Moments:Isabella has declared that she wants a sister. Her uncle asked her the other day if she wanted to have a baby brother or sister and she just looked at him. When I clarified it and asked if she wanted mommy to have a boy or a girl, she said girl.