Isabella says the funniest things at night when she’s talking herself to sleep. Tonight it was, 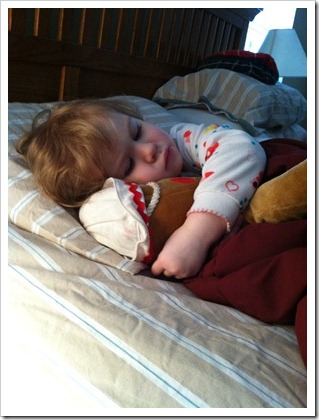