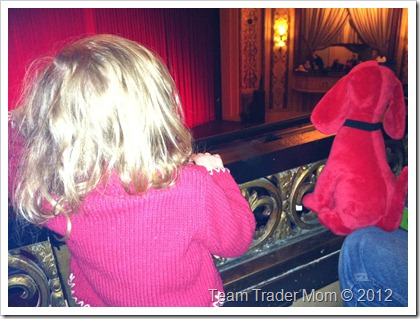 Going on our annual family trek to Nebraska City… 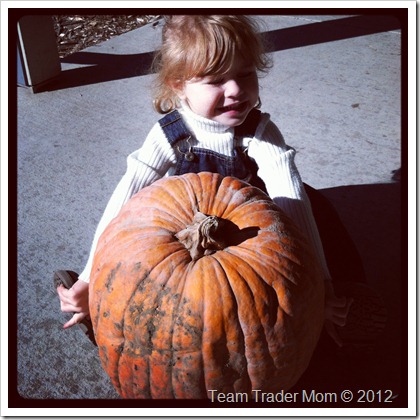 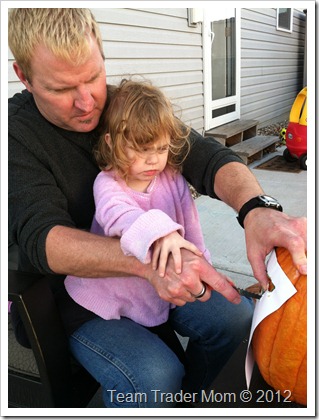 And then Halloween day itself… 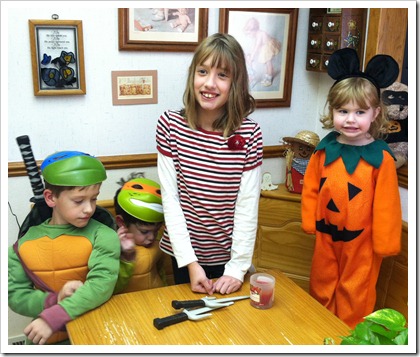 (Isn’t she the cutest little Mickey Mouse pumpkin ever?)

I have had ZERO time to do an update. Oops. But I figure the world won’t end if I miss a week. It’s not like there is all that much to report on in these early stages anyway! 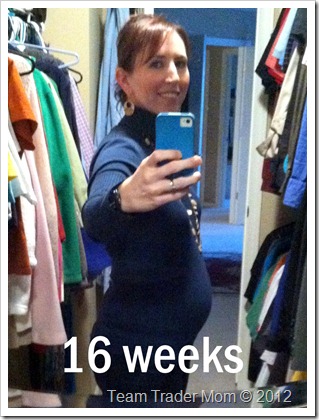 (I totally spaced off taking a 17 week pic so you get 2 pics at 16 weeks! Blame the pregnancy brain…)

Pregnancy Brain: Yes this is a real thing and not a lame excuse to be forgetful. Per this article on WebMD:

“Surging hormone levels and new priorities may explain why pregnancy brain happens.There are 15 to 40 times more progesterone and estrogen marinating the brain during pregnancy, and these hormones affect all kinds of neurons in the brain,” says Louann Brizendine, MD, director of the Women’s Mood and Hormone Clinic at the University of California, San Francisco.”By the time the woman delivers, there are huge surges of oxytocin that cause the uterus to contract and the body to produce milk — and they also affect the brain circuits.”

All that scientific mumbo jumbo to say that I’ve fallen victim to pregnancy brain 3 times this week.

First of all, I realized yesterday morning that for 3 nights I’d been washing my face with sunscreen rather than cleanser. To my defense, the 2 tubes look a lot alike…

Apparently it does the job though because my skin has looked and felt fine! Maybe I’m on to something here…

Also, this morning it took me 5 minutes to realize that I was listening to Isabella’s sing-a-long songs CD on the drive in to work and not the radio. Obviously I wasn’t fully focused.

Finally, I left my phone at work the other night. Not sure if that’s related or if I was just distracted but I’m usually very careful when packing up at the end of the day. I grab my phone, any food in the community refrigerator and make sure my desk is cleaned off. On this day I plum forgot my phone. So I was forced to be off the grid for a whole 15 hours. Oh the humanity!

Limitations: The time has finally come when I have to limit how much I pick up Isabella. She’s 29 pounds and for the most part I’ve been okay holding her. However, over the weekend I tried to hold her up on the toilet while in a crouched position (we were at a place without a kid’s seat and I had to hold her up so she wouldn’t fall in) and when I stood up I felt a pull on my side. It was aggravated every time I tried to pick her up after that.

I hate this. She wants me to hold her and I desperately wish I could but at the same time I don’t want to hurt myself or the baby. I can generally hold her if someone hands her to me . It’s the actually lifting up of her that is strenuous. Isabella has a hard time understanding that. It breaks my heart when she pulls at me to pick her up and I can’t. I’ve tried to come up with compromises like having her climb in my lap or having CJ hand her to me. It’ll all work out but it’s definitely a side affect I hadn’t anticipated this early.

Body Changes: I am feeling more discomfort in my pelvic muscles this time around. Those are the ones that hurt when trying to pick up Munchkin. They also ache if I sit for too long in one position. I noticed this at Shrek on Sunday. By the end of the show my lower back and pelvic muscles were aching. I’m assuming it’s because I had a C-section with Isabella and therefore those muscles were cut. Now as my uterus stretches and grows, forcing the muscles to stretch too, there are growing pains. I’m going to ask my doctor about it when I got in next week, just to make sure it’s not anything internal or cause for concern.

Oh, and the heartburn is back.

Just for fun, here I am at 17 weeks with Isabella: 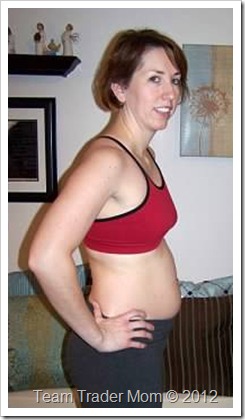 (Wow, I really don’t look very happy. I think I’m about the same size though which is good.)

Dreams:I had my first pregnancy dream the other night. We were at the ultrasound and before we could tell the tech that we wanted to be surprised by the gender, she blurted out “It’s a girl!”. When I looked up on the screen the baby was wearing pink underwear. Then right before I woke up she said, “Oh wait, I was wrong. It’s a boy!”

Apparently we can’t use my dreams as an accurate prediction of what we’re having.

Isabella Moments:Isabella talked to the baby this week! When she first saw the baby skeleton on my Halloween costume, she thought it was awesome. I told her she could talk to the baby in my tummy if she wanted so she did. She walked up and, somewhat nervously said, “Hi baby!” It was so freakin’ cute. She’s done it a couple of times since, but only when I have that shirt on. I think the visual helps her “see” that there’s a person in me. 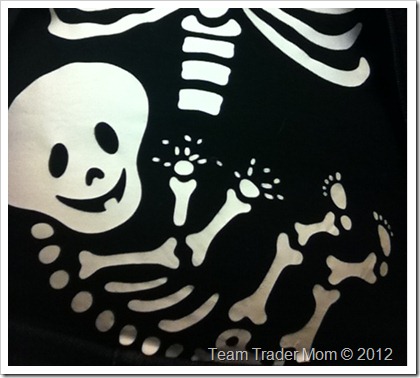 In case you missed it, here are the previous weeks!