After what felt like a sometimes quick, sometimes long 9 months, we finally have an end in sight.

We have scheduled a C-section for April 10th. 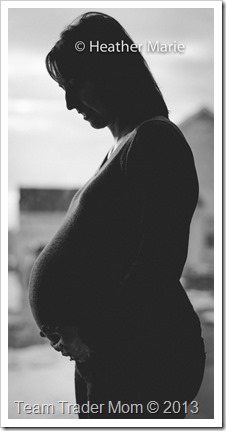 I know that was our original due date so it shouldn’t seem like such a big deal, but it is. A due date is just a guess. It’s an approximation. But the baby could really come at any time. But scheduling surgery, now that’s definite. Granted, the baby could still come anytime before the 10th but at least we know it won’t go any longer than that.

Which is a big relief for me.

I am ready to be done. You just reach a point where enough is enough. I’m not sleeping well. I feel like a beached whale. Things hurt. Clothes don’t fit (I seriously have only 3 pairs of pants I can wear at this point!). The time has come.

I had my last OB appointment yesterday. 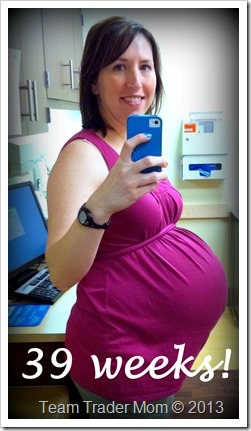 My weight gain has slowed down (which is shocking to me since I’m eating like it’s going out of style). As everyone keeps saying – I’m all baby.

And it’s a big baby.

They had us do another ultrasound (we did one at 22 weeks and one at 32 weeks) to check the size. 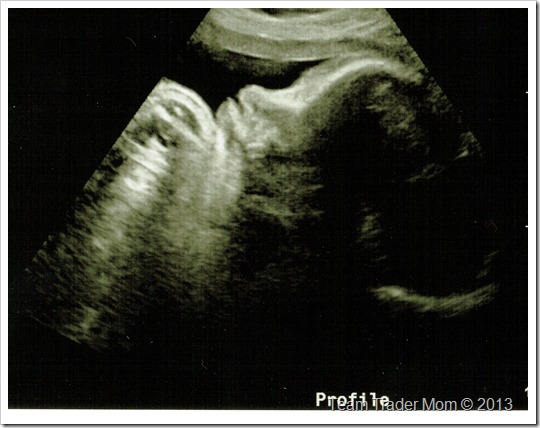 To put some perspective on that, Isabella was 8 lbs 4oz when she was born at 41 weeks (which is 2 weeks later than where we are now). So if we let this kid go another 2 weeks, it could easily be over 9 lbs.

They also discovered something else in the ultrasound.

The umbilical cord is wrapped twice around the baby’s neck.

When I first heard this, I panicked and thought we would need to do an emergency surgery or something but my doctor assured me that there’s nothing to worry about. This happens all the time, particularly in really active babies like TTB. There can sometimes be issues during a vaginal delivery if the cord starts to pull on the baby’s neck while it’s going through the birth canal but you just don’t know until it happens. And if it does, there are things they can do. Plus, there’s always a chance the baby could unwind itself as it moves around these last few days too.

So, we were left with a decision. Keep waiting and see if this kid tries to come out on its own or schedule surgery. Given the size, umbilical cord situation and the fact that I haven’t progressed any in the last week, we thought it made the most sense to go ahead and schedule the C-section.

Next question was – for when?

We could really do it for any time next week but I have this hang up about not wanting to choose my child’s birthday for them. I’d rather leave it up to the universe. So I was indecisive. The doctor suggested we go ahead and just schedule it on the due date, which made sense to me. (Actually, we haven’t officially set the appointment yet. I’m still waiting for the hospital to call me back and confirm).

When the doc did the cervical exam, she went ahead and stripped the membrane too. Basically, that means she stuck her finger through the cervix and scraped it around the sac of waters to separate the 2 from each other.

Yes, it was painful.

Doing this is thought to get things moving along a little bit and encourage labor. I actually did start having contractions last night. I’ve been having Braxton/Hicks contractions for a while but the ones yesterday were more intense and regular. I started timing them and they increased from every 30 minutes to every 10. I seriously thought maybe this was it – that we were starting labor! But when I went to bed and laid down, they all stopped and I haven’t had one since.

My body just likes to mess with me.

So, here we are. 5 days away from having a new little guy or gal in our family. 5 days seems like a really long time to me right now. As I was lying awake in bed last night, I could not imagine how I’m going to get through these last days without going crazy. Today it seems better in the light of day and I think if I stay occupied with Isabella and family fun, plus take lots of naps and rest, it’ll all be fine.

And the next thing I know, we’ll be a family of 4! 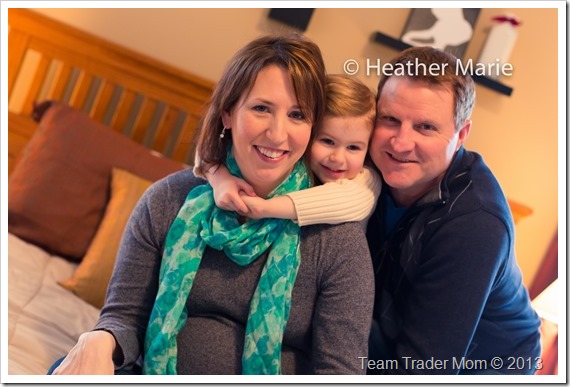 3 thoughts on “There’s a Light”