T-minus 7 days until Christmas arrives! In some ways I’m feeling very stressed and anxious about that. Too many small little things left to do – last minute gifts to buy, food to prepare, work to be done. But at the same time, it’s exciting and fun! So, in the spirit of said fun, I’m going to try and post every day this week about happy positive things that show the spirit of the season.

Today was a good day. It was productive, yet full of family fun and Christmas cheer.

I started the day off by meeting some girl friends for brunch. This is a group of gals who email a lot but don’t see each other as often as we’d like. With our busy schedules it’s hard to find the time and that makes it extra special when we do! We had a great time chatting and catching up, then I ran a few errands and headed back home.

While I was gone, a few elves had stopped by the house and dropped off a holiday basket. The elves were our good friends and Isabella’s boyfriend. They brought over several kinds of cookies, cupcakes, granola, an ornament and holiday soap. It was such a sweet gesture and really made the day that much brighter.

During Isabella’s nap, CJ went out to pick up a toddler bed that a friend was giving us while I worked around the house. I got so much done and it felt great! Emptied the dishwasher, did a load of laundry, switched the car seat around in CJ’s car, hung up some more pictures on the walls, wrapped a few gifts, unpacked a box and even had time to enjoy a cookie while watching the Packers get beat by the Chiefs!

Oddly enough, it was a really nice day out. So Isabella and I played in the backyard for a while. When I say “play”, I mean we picked up Samson’s dog poop. What? Isabella actually thinks that’s fun. And no I don’t let her handle the poop. She likes to point out the piles to me and I scoop them up. Believe me, there were plenty of piles too since we hadn’t been out there in a few weeks, what with all the snow on the ground. With that done, it was time to walk around the neighborhood! 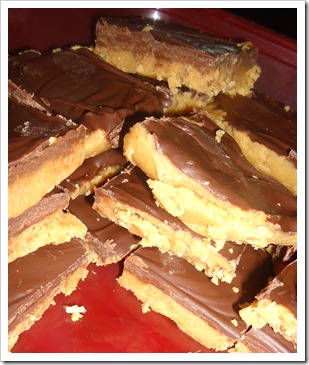 Inspired by our “elf” friends, I decided to make up some cookie bags for our neighbors. We’ve met most of them but in many cases it was a quick wave across the street or something brief like that. What better way to make more of an introduction, and leave behind some holiday cheer, then to deliver cookies! The 3 of us went door to door, to our immediate neighbors, and played elves ourselves. I had planned to just say “Merry Christmas”, drop off the goodies and go but every neighbor invited us inside to chat. That was totally unexpected and super nice. Not only did we get to know each other better, I also got to see inside all their houses! Hey, you already knew I was nosey! However, there was one awkward moment. One of the husband’s answered the door wearing only shorts. No shirt. He mentioned something about how he would have been more decent but he was in the middle of working out. Um, really? You couldn’t grab a t-shirt? Or else just don’t answer the door! AND he invited us in! So we’re standing there in the entryway, chit-chatting, all the while I’m trying not to stare at his bare chest or stomach that were right in front of me at eye level (he was a tall guy). Awkward! Other than that, it was a great experience and Isabella loved it! 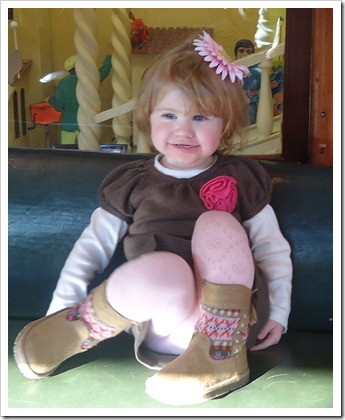 Now we’re winding down for the night and I’m hoping to get some laundry folded and put away before heading to bed. Tomorrow I am starting my workout routine back up and I can’t wait! I haven’t worked out since Kosama ended on 11/30 (that’s November for those of you who may not know). I’ve really missed exercising.